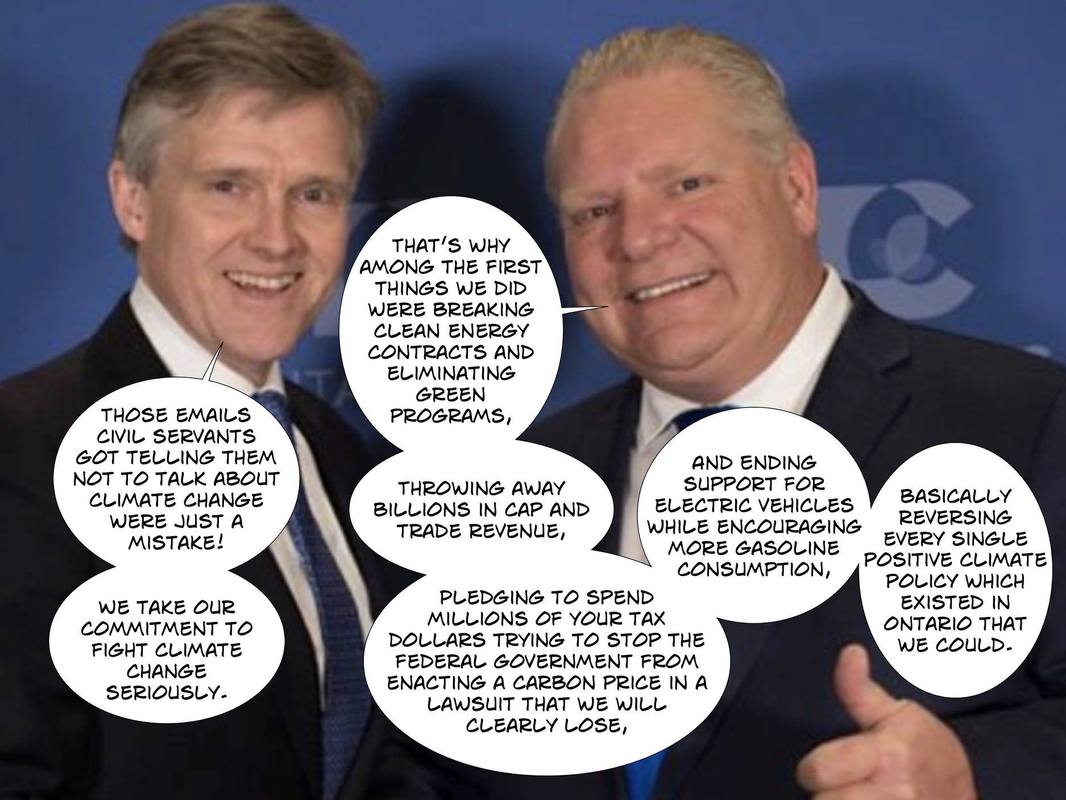 with permission of creator
​The Ford government's claims that they care about climate change in the wake of revelations that government employees received emails telling them not to talk about it on social media ring hollow in the ears of anyone who has been paying any attention at all to their policies.Since renewable energy is the primary way that we can meet the world's energy needs without devastating our ecosystem, Ford lost no time in killing every single clean energy contract that he could.
https://globalnews.ca/…/ontario-renewable-energy-contracts…/
Just one of those cancellations alone may cost the province a hundred million dollars, because that's what happens when you break contracts with people: they sue you. Nothing says Ontario is open for business like reneging on a valid contract that a foreign investor has already spent more than ten years working on and then writing a new law that says they cannot sue you for their resulting hundred million dollars in losses. If Doug Ford's goal is to destroy investor confidence in Ontario's trustworthiness, he couldn't do so better. “Among Ontario’s strengths are its reputation for fair dealing and respect for the rule of law. Many of the business leaders I represent are concerned that this hard-earned reputation is at risk.”
https://www.theglobeandmail.com/…/article-cancellation-of-…/
Ford's attack on clean energy and carbon pricing will cost billions, destroy thousands of jobs, and hurt investor confidence in Ontario. Don't take my word for it, here's Forbes magazine telling it like it is.
https://www.forbes.com/…/ontarios-economic-investment-out…/…
Programs like the Green Ontario Fund, which helped homeowners reduce their emissions, also went on the chopping block, of course.
https://www.thestar.com/…/doug-ford-warns-gasoline-companie…
Unfortunately, that loss is dwarfed by $2-4 billion it will cost Ontario to abandon its Cap and Trade program, because companies have already paid the province for carbon allowances that are now rendered worthless and will litigate to get their money back, on top of billions a year in lost revenue the program represented.
https://www.nationalobserver.com/…/doug-fords-promise-repea…
Plans to take the federal government to court to try to fight a carbon tax coming from Ottawa merely throw away tax dollars on a political stunt, since the constitution is very clearly on Ottawa's side.
https://albertapolitics.ca/…/saskatchewan-ontario-have-no-…/
You can add to all of that the demise of incentives for electric vehicles, which has opened the province up to yet another lawsuit.
https://www.cbc.ca/…/tesla-canada-sues-ontario-government-1…
And while we discuss the fact that cutting gasoline taxes will blow another hole in the provincial budget, we largely seem to be ignoring the fact that they amount to a financial incentive to increase driving emissions rather than reduce them.
https://globalnews.ca/…/42…/bill-kelly-doug-ford-gas-prices/
So thus far, the entirety of Doug Ford's government's actions on climate change are to do everything within their power to make it worse for ideological reasons, without any plan to proactively do anything at all to genuinely address the problem.
https://www.nationalobserver.com/…/doug-ford-does-not-have-…
The only action on climate change I have seen the right promote in recent years is "being rude when people bring the subject up." Thus far there are zero reasons to expect anything better from the Ford government. Meanwhile, climate change is not only getting worse, but rapidly approaching the point of no return.
https://www.bbc.co.uk/news/science-environment-45084144 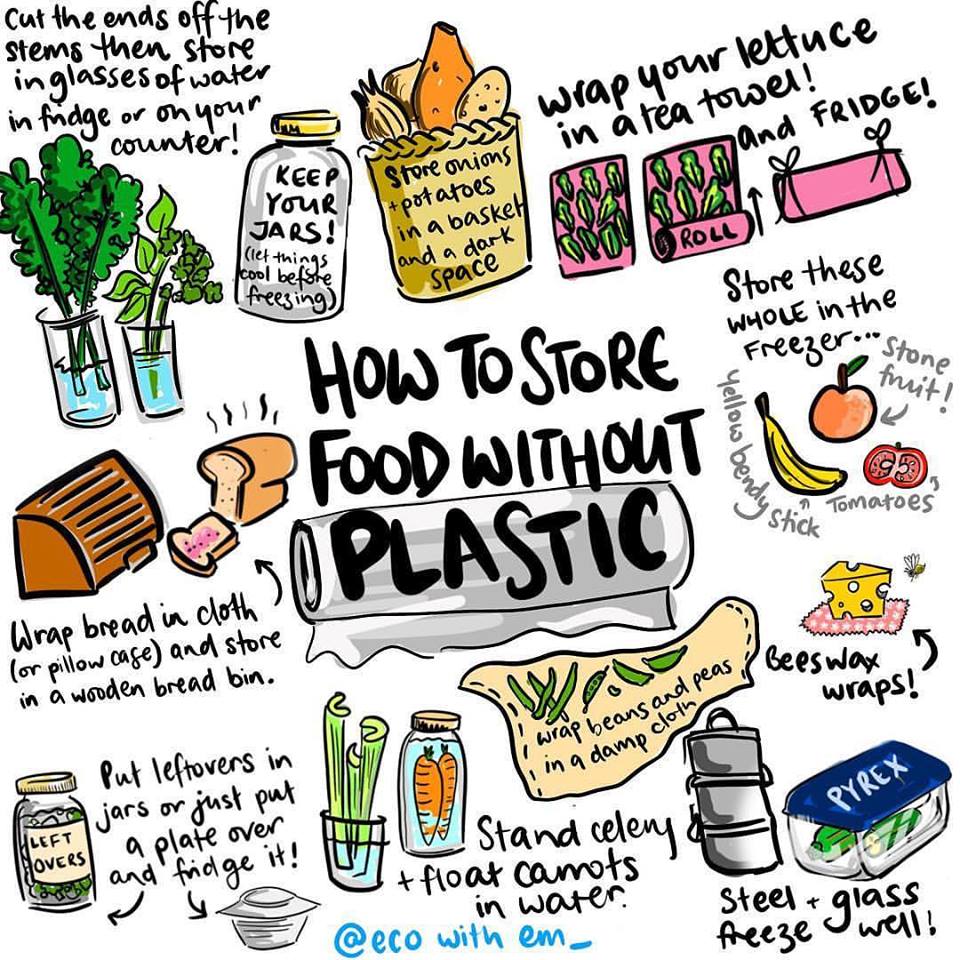 ​
​How the Oil Industry is Pushing Plastic
(big infographic)
https://www.yesmagazine.org/planet/infographic-how-the-oil-industry-is-pushing-plastic-20180625
What you can do
​https://www.huffingtonpost.ca/entry/7242-tnw-plastics_us_5b743a1ce4b0a1c19286f666