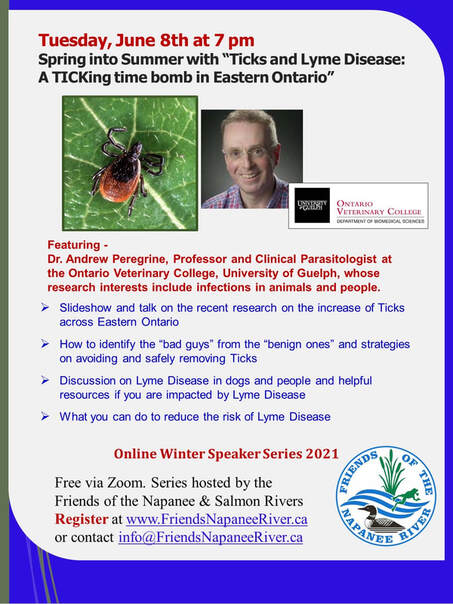 ​This month, Environment Haliburton  chose,  to take advantage of a presentation by Dr Andrew Peregrine, Professor and Clinical Parisitologist at the Ontario Veterinary College. It was hosted by the Friends of the Napanee and Salmon Rivers titled:
Ticks and Lyme disease:
A TICKing time bomb in Eastern Ontario"
The talk can be viewed at
​https://www.youtube.com/watch?v=6WTo5cmqExQ

Below is a resource list that Terry Moore put together for a Planet Haliburton program  on August, 2018 entitled
Lyme Disease: The First Epidemic of Climate Change
That episode can be heard here:
https://planet-haliburton.zencast.website/episodes/lyme-disease-w-mary-beth-pfeiffer

Did you know that 80% of your personal carbon footprint falls into the following three areas?
How You Power Your Home     How You Travel    What You Eat
We recognize that climate change is a global issue and that we must pressure
all levels of government and Banks to invest in a clean, green, just economy.
We know the choices we make in our personal lives DO matter.
Many of us have been acting to reduce our carbon footprint as individuals.
By signing up we become part of the COLLECTIVE community voice speaking together.
​
Take the Carbon Challenge!
Create YOUR Personal Action Plan!
Reduce your carbon footprint by 8% per year to reach the goal of 50% reduction by 2030.
​
Go to https://www.climateactionmuskoka.org/
Join our Facebook page to keep up with issues we feel are important.​
If you would like to support the work that EH does,
​please consider making a donation.
Donate
Draft of Shoreline Bylaw
​
To see the draft of the County Shoreline Bylaw and accompanying documents go here: 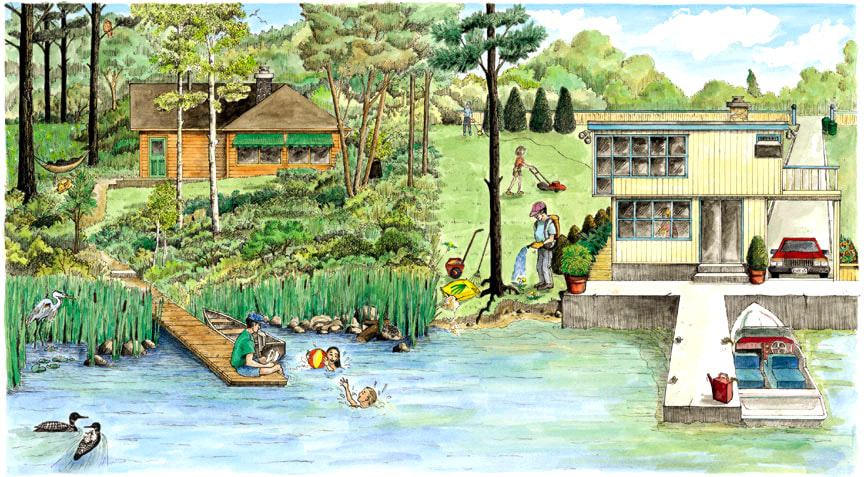 Can we protect those natural shorelines from ongoing decline without undermining
​shoreline landowner property rights or the shoreline landscape industry?
To shed some light on this and other questions related to the draft County Shoreline Preservation By-law, we speak with shoreline naturalization expert, Julia Sutton, and environmental planning consultant, Stephen Fahner.
Link to Planet Haliburton podcast, March 30, 2020
Background Resources for this broadcast
Green ideas for living in Haliburton
Share your own ideas and images!
oliver@web.net
(Click play bottom left)

EH! hosts EnviroCafés on the Second Tuesday of the month alternating between a Minden and Haliburton location.

Due to the COVID-19 crisis, physical Enviro-Cafés will be on hold until further notice.
Next EnviroCafé
Tuesday June 9 7:30 pm
will be online
using ZOOM 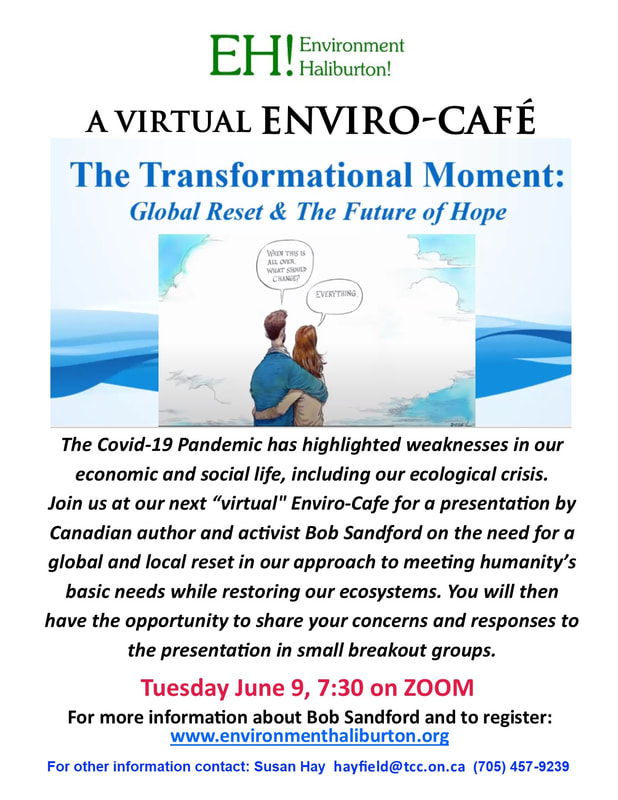 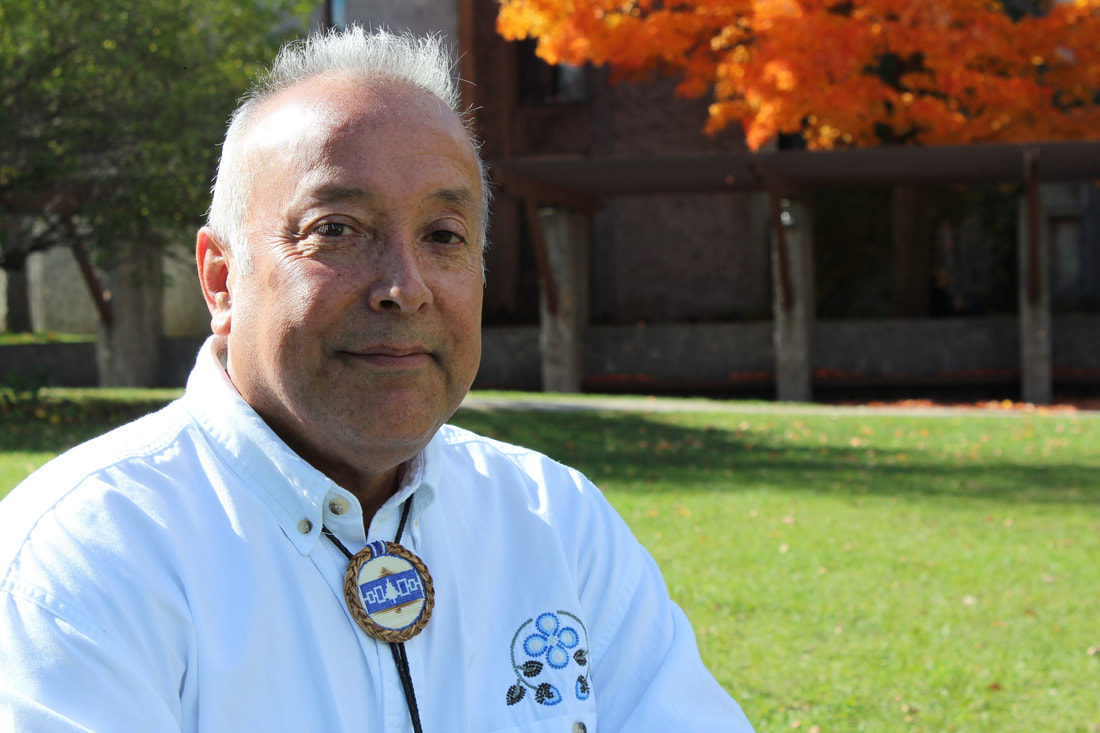 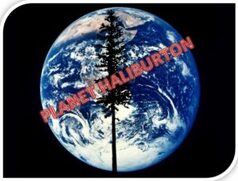 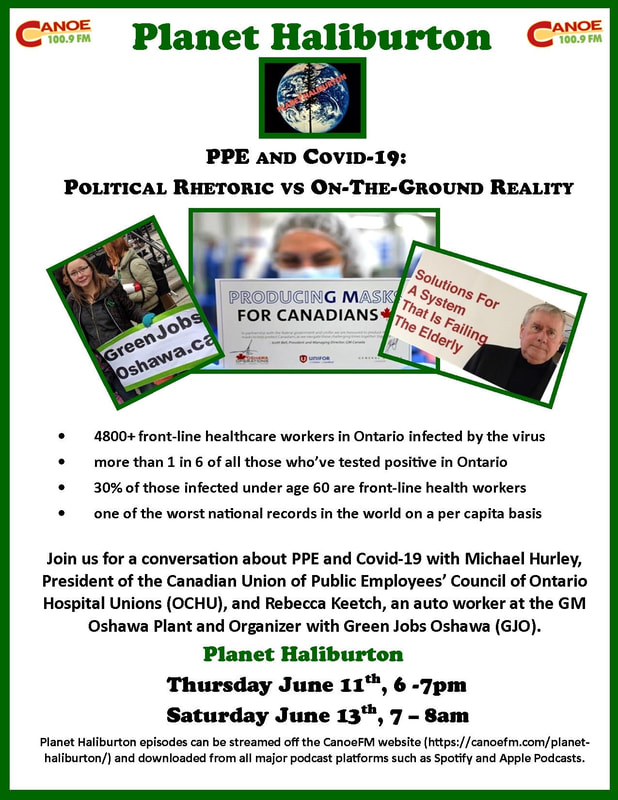 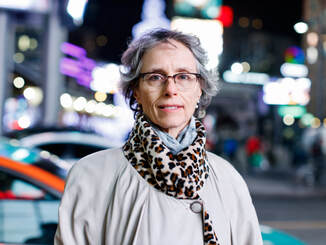 The Ford Fallout: “I’m dreading the day my grandchildren look at me and ask, ‘Why did you let this happen to us?’”
Dianne Saxe, the former environmental commissioner of Ontario, on the dissolution of her office.
BY TORONTO LIFE |  DECEMBER 18, 2019
​https://torontolife.com/city/the-ford-fallout-environmental-cuts/
​​
​After 40 years as an environmental and energy lawyer working all over the province for clients big and small, I gave up everything I had built to become the third (and, alas, last) environmental commissioner of Ontario. My job was to speak truth to power. I was the guardian of the Environmental Bill of Rights and provided all Ontarians with a reliable, independent, non-partisan assessment of the province’s energy, climate and environmental policies.

There is no topic more important, because our home is on fire. My team produced 17 reports, designed and illustrated to make Ontario’s successes, failures and options clear and understandable. People across Ontario relied on those reports, and I criss-crossed the province meeting with hundreds of groups: community associations, farm leaders, real estate brokers, municipal councils, chemists, cabinet ministers and more. Our work inspired and strengthened policies and actions across Ontario, by documenting, for example, the disproportionate pollution of Indigenous communities, the filth poured into our lakes and rivers, and the energy we waste. In 15 languages, including three Indigenous ones, I gave Ontarians the tools to exercise their environmental rights. And, publicly and privately, I coaxed, cajoled, trained and embarrassed the government into fulfilling its own obligations.
“I was always treated with respect, until September 2018, when I delivered a report documenting the destructive effects of the Ford government’s climate actions. Soon afterwards, the province passed special legislation to abolish my office, break the contract all MPPs had unanimously made with me and crush my employees’ union. How did I find out about all this? From the CBC, when a reporter called to ask about my firing.

Twelve of us lost our jobs; several remain unemployed. But Ontario has lost much more. The Ford government has revoked our climate law, cancelled cap and trade and abandoned two-thirds of our climate pollution target. They cut back flood protection. They broke 752 contracts for clean renewable power that we will soon need, cut environmental and energy conservation, allowed endangered species to be killed for a modest price and restricted the ability of municipalities to protect natural areas. They turbocharged urban sprawl, the major driver of Ontario’s climate pollution.

On almost every part of my energy, environment and climate mandate, the Ford government makes claims that contradict the evidence and takes actions that worsen our future. No wonder they wanted to silence me.

The auditor general now can, if she chooses, fulfill part of my old role, and I hope she will. One of her assistants has a title similar to mine, though he has no budget, staff or statutory role of his own, and he does not make himself available to the public. My job was to put the environment first; the auditor general usually evaluates things in terms of money. We’re in a climate and ecological emergency precisely because of the habit of judging everything in terms of money; doing more of that won’t get us out of it.

​Ontario was a climate leader until the Ford government was elected. We’ve since become an international embarrassment, and a place where no contract is safe. In 2018, the Nobel Prize for economics was awarded to a Yale professor who showed that carbon pricing is the best and cheapest policy. Yet Ford continues to waste money fighting the federal carbon price, breaking his own promise to drop that attack if Trudeau were re-elected.

Fortunately, my three grandchildren are too young to understand what’s happening, but I’m dreading the day they look me in the eye and ask, ‘Why did you let this happen to us?’ What will I say?”

Some photos of the ecosystem that the members of Environment Haliburton inhabit
​and of the actions and events that we have supported.